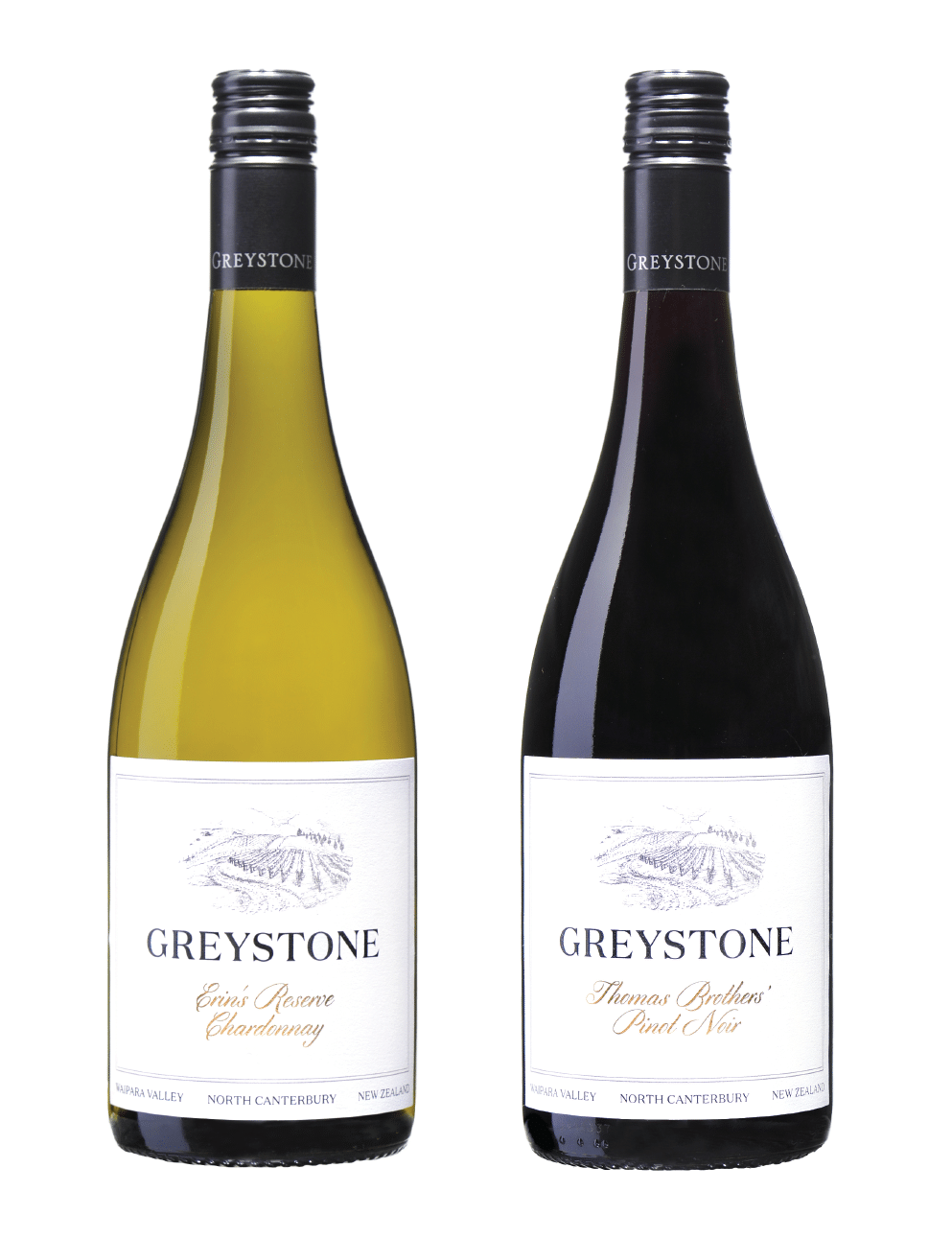 The most anticipated wines produced by North Canterbury’s Greystone Wines are slated to hit the shelves May 5 for the first time in two years.

“The Thomas Brothers’ Pinot Noir and Erin’s Chardonnay are produced from grapes grown in special parcels from our estate vineyard. We only make the wine if the growing conditions in that particular year are exceptional,” said founding viticulturists and general manager, Nick Gill.

The last two Thomas Brothers’ Pinot Noir vintages, 2012 and 2013, both won Decanter trophies, including the internationally sought award of “Best in Show”.

Greystone winemaker, Dom Maxwell, said the 2015 vintage was a drought year and yielded small bunches and tiny berries resulting in wines with intensity and concentration.

“2015 was an incredible vintage for us and yielded some intensely flavoured fruit. We believe our hands-off approach coupled with natural fermentations means we’re really capturing the essence of the vineyard.”

Just 200 cases of the Thomas Brothers’ Pinot Noir and 40 cases of the Erin’s Chardonnay were made in 2015. As with previous vintages, 2015 is set to sell out.