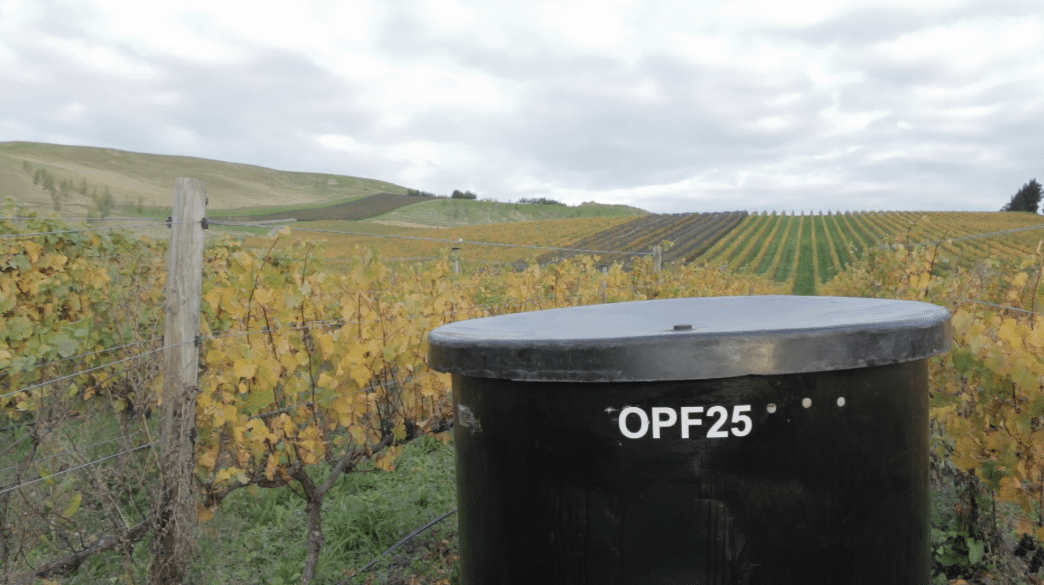 Greystone has now released 500 bottles of their first ever Vineyard Ferment Pinot Noir. This wine is made using a technique developed by Greystone where the grapes are fermented in small vessels placed directly into the vineyard blocks where they were grown.

“We’ve been experimenting with large-scale vineyard fermentations since 2012. The goal is to make a wine that is truly expressive of its origin as well as being reflective of the vintage,” said Dom Maxwell, winemaker at Greystone Wines.

“We know that once grapes come off the vine and into the winery, they’re exposed to a new yeast population cultured from within the winery. We wanted to eliminate the exposure to foreign yeast and ensure only native yeasts from our vineyard are involved with the fermentation.”

“Along with capturing the wild yeasts in situ, the 2016 Vineyard Ferment Pinot Noir also reflects how the vagaries of the season’s weather affects the wine. The fermentation vessels are exposed to the weather elements rather than having the protection of a temperature controlled winery building. So in effect we are extending the vintage influence rather than it stopping the moment the grapes enter the cellar.In addition we have seen lower alcohol percents than in the corresponding cellar ferments, regardless of the vintage.”

“2016 was a warm and dry season, which caused the fermentation to kick off quicker than normal. This meant a little less colour extraction initially. However, the cold nights meant the fermentation lasted longer. All of these influences are evident in the wine.”

In 2017 at the Pinot Noir NZ conference Dom Maxwell, Greystone Winemaker, was asked to speak about the work that Greystone have been doing on wild and vineyard fermentation. Following this Greystone fielded so many enquiries that they decided to release a standalone “Vineyard Ferment” to show the differences from the fermentation inside the winery. Previously this wine has entirely been blended into the award-winning estate Pinot Noir from Greystone, being as much as 20% of the finished product.

Greystone have selected two barrels to bottle for this release with allocations already taken from their current distributors around the world.